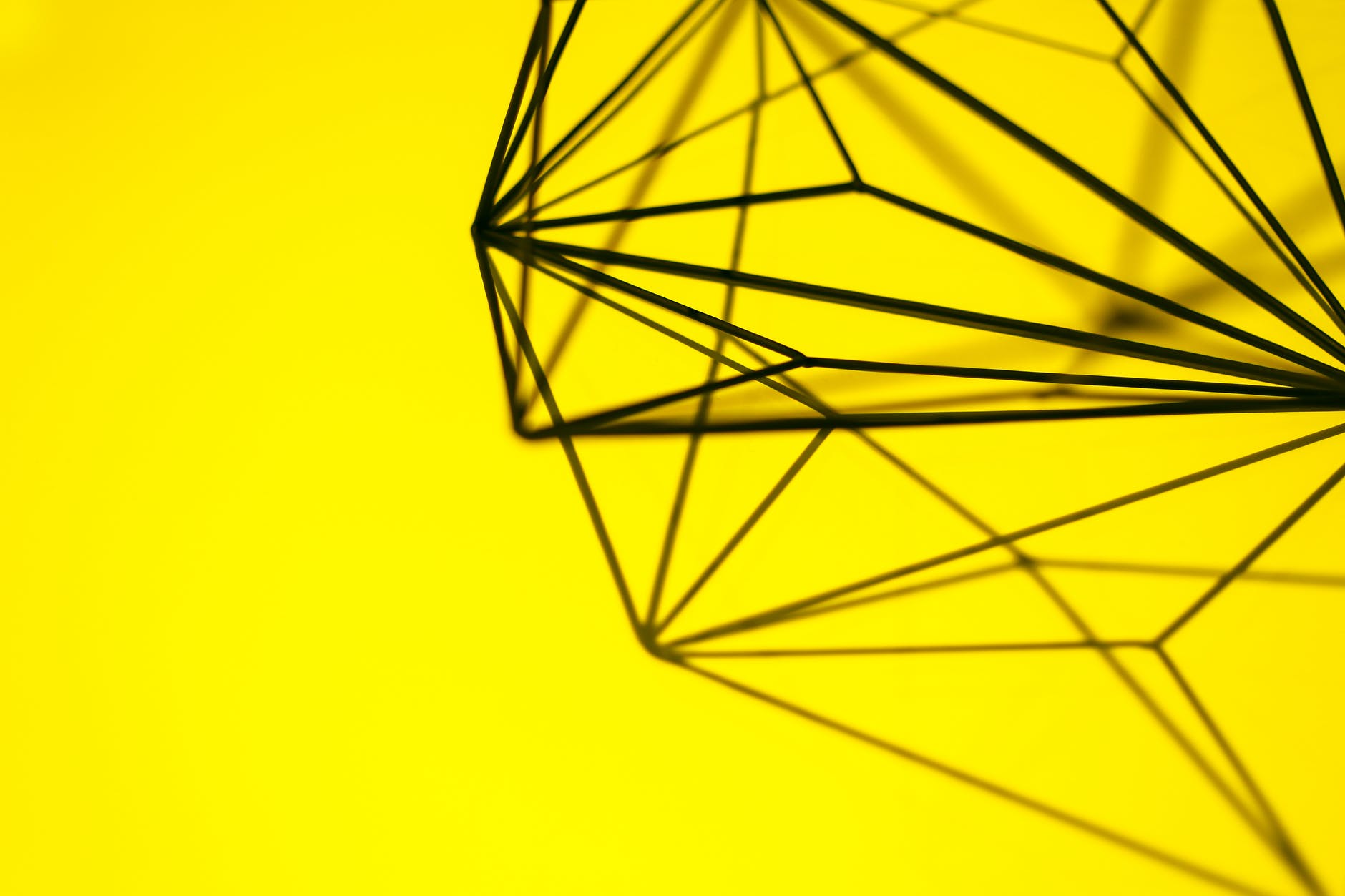 “Open innovation is a paradigm that assumes that firms can and should use external ideas as well as internal ideas, and internal and external paths to market, as the firms look to advance their technology”- Henry Chesbrough

The concept of “open innovation assumes that internal ideas can also be taken to market through external channels, outside the current business of the firm, to generate additional value” – Henry Chesbrough

“Through Open Innovation, enterprises can reclaim the role of “digital disrupter” because they have the resources, scale and the ability to work with emerging companies”– Accenture

“Open innovation is a process of moving from a challenge to a better solution quicker. We view this as a game changer as we are not limited by our own knowledge or experience.” – Alan Gordon, innovation director, Stena Line

1. What is Open Innovation?

The term Open Innovation was first developed by Henry Chesbrough in 2003, when he published “Open Innovation: The New Imperative for Creating and Profiting from Technology” (HBS Press).

Open Innovation is “the use of purposive inflows and outflows of knowledge to accelerate internal innovation, and expand the markets for external use of innovation, respectively”[1].

The basic idea is that no one organization has a monopoly on great ideas, and every organization needs to engage deeply and extensively with external knowledge networks and communities.  Basically, the fundamental key point is that for achieving greater ideas companies/organizations should share information instead of relying on their own workers, knowledge and researches.

The starting point has to be “no all smart people work for us”[2].

Technology advancements, such as increased computing power, access to cloud infrastructure, open source code and platforms, and application programming interface (API) building blocks have reduced barriers to entry for new companies in many industries. New ventures are moving from ideation to deployment more rapidly than ever before and the industries are competing with a new league of digital innovators[3]

“One major difference between closed and open innovation lies in how companies screen their ideas”[4].

The traditional scheme of innovation management, known as the “Closed Innovation Model”, relies on that successful innovation requires full control of the R&D process coupled with the full ownership of innovative assets and IP rights. It was developed in the early 20thcentury when universities and other institutions were not part of the commercial application of scientific discoveries. Thus, companies could rely on the skills of their employees and on their internal assets[5]. In fact, the internal R&D departments were considered as the only source of innovation.

As Chesbrough said, this model is known as closed because projects can only enter in one way at the beginning and can only exit in one way, by going into the market.

Indeed, this model is based on the IP control so that competitors do not profit from the company ideas.

By contrast, the open innovation scenario offers great opportunities to firms regarding IP management. In fact, it discloses a broader range of strategic reasons for both selling and buying IP, providing a novel rationale for an enhanced valorization of unused knowledge[6].

Furthermore, Open Innovation is defined as “the intentional use of inflows and outflows of knowledge to accelerate internal innovation and expand innovative external market”(Chesbrough). It implies an innovation ecosystem where ideas and knowledge flow across firm boundaries.

The source of external innovations could be suppliers, research center, universities and competitors. In fact, in this scenario ideas and technologies become tradable assets, this because new actors have entered the innovation landscape[7].

According to the idea of Open Innovation, the defensive approach to IP protection (the concept of exclusive ownership of intellectual property) becomes obsolete. Indeed, Open Innovation provides a proactive IP management to unlock the economic potential of internal and external ideas.

This new approach consists in three directions: the inbound, the outbound and the coupled one. The inbound (outside-in: license-in, spin-in, crowdsourcing and co-creation) type involves opening the internal innovation process to external inputs, for instance by licensing-in technologies from outsiders; the outbound (inside-out: license-out, spin-out and spin-off) type implies that the unused assets[8]and technologies become available to third parties; the coupled type involves two or more partners that manage mutual knowledge flows through joint venture and commercialization activities[9].

According to Jan Spruijt there are “33 Routes to Open Innovation”[10], for instance: in-licensing ( the process of sourcing for external knowledge, patents or technology and to formalize the use of that information in your own innovation process), spin-off (a spin-off is a form of Open Innovation in the sense that a company can ‘spin-off’ a newly developed technology to the public market for further exploitation by the involved engineers or startup team), spin-out (a spin-out differs from a spin-off in the sense that the technology or startup-team is moving to another ‘mothership’ in the form of an acquisition, merger or a joint venture), out-licensing (it explores gaining external rewards for internally developed technologies), open business (it embeds a business model that aims to publicly share all data and information, it is related to open source, freeware and open science), crowdsourcing (the activity of ‘sourcing’ the crowd: gather opinions, ideas, drafts, suggestions and information from the general public) and co-creation (organizations deliberately seek contact with end customers to test and validate new ideas and prototypes and to gather new ideas for bringing the product to market).

For instance, also the Office of the Chief Technologist (NASA) is actively coordinating open innovation methods to support the development and implementation of new innovation and collaboration models for NASA[11].

A key point is the role of intellectual property as an enabling medium for innovation, as means to promote the open exchange of innovation inputs.

No company has a monopoly on knowledge in their field, at the same time the quality of work at small companies, universities and non-profit institutions is increasingly high. So, as some researchers said, instead of inventing it all yourself, you could innovate effectively by accessing excellent work from outsider[12].

In fact, opening up to external sources of knowledge may accelerate time to market, fill technical gaps in internal R&D or reduce the total cost of innovation for a firm.

Open innovation shows how intellectual property can be used in a creative way to achieve the goals of the knowledge-based economy. This IP approach bears the potential a tradable asset that promotes the transfer of technology and the sharing of ideas[13].

Moreover, Open Innovation is not promoting a “gift economy”, where inventions are freely revealed for no economic gain, but it offers a window of opportunity to a different economic regime, where firms are offered a range of new strategies to generate business from their inventions. In fact, Open Innovation is a gateway to a different IP system[14].

Indeed, firms need to buy and license technology in once they realize that they do not need to have all competencies in-house (Ghafele & Gibert, 2012)

Thus, the concept of Open Innovation allows enterprises to look beyond their four walls to bring in ideas more quickly and frequently in order to enhance their operations and also save time and money[16].

In conclusion, “firms that can harness outside ideas to advance their own businesses while leveraging their internal ideas outside their current operations will likely thrive in this new era of open innovation”[17].

[1]“Everything You Need to Know About Open Innovation”(Henry Chesbrough), Forbes, 2011, https://www.forbes.com/sites/henrychesbrough/2011/03/21/everything-you-need-to-know-about-open-innovation/#6d9f5a0775f4;

[8]In fact, about 60% of global patents are not renewed during their potential lifetime and on average 40% of total patents are not applied to commercial ends, “Intellectual Property and Open Innovation”(Maria Isabella Leone), Mc Graw Hill Education, 2016;